There is only one name synonymous to that – Harley Davidson.

On the 9th of October, the Harley Davidson group held their D&D at Seletar COuntry Club and invited Sober Til Sunday (Previously known as IMpromptu) to perform. Johnathon Atherton, funny man from comedy club asia, was present as host and stand up comedian. 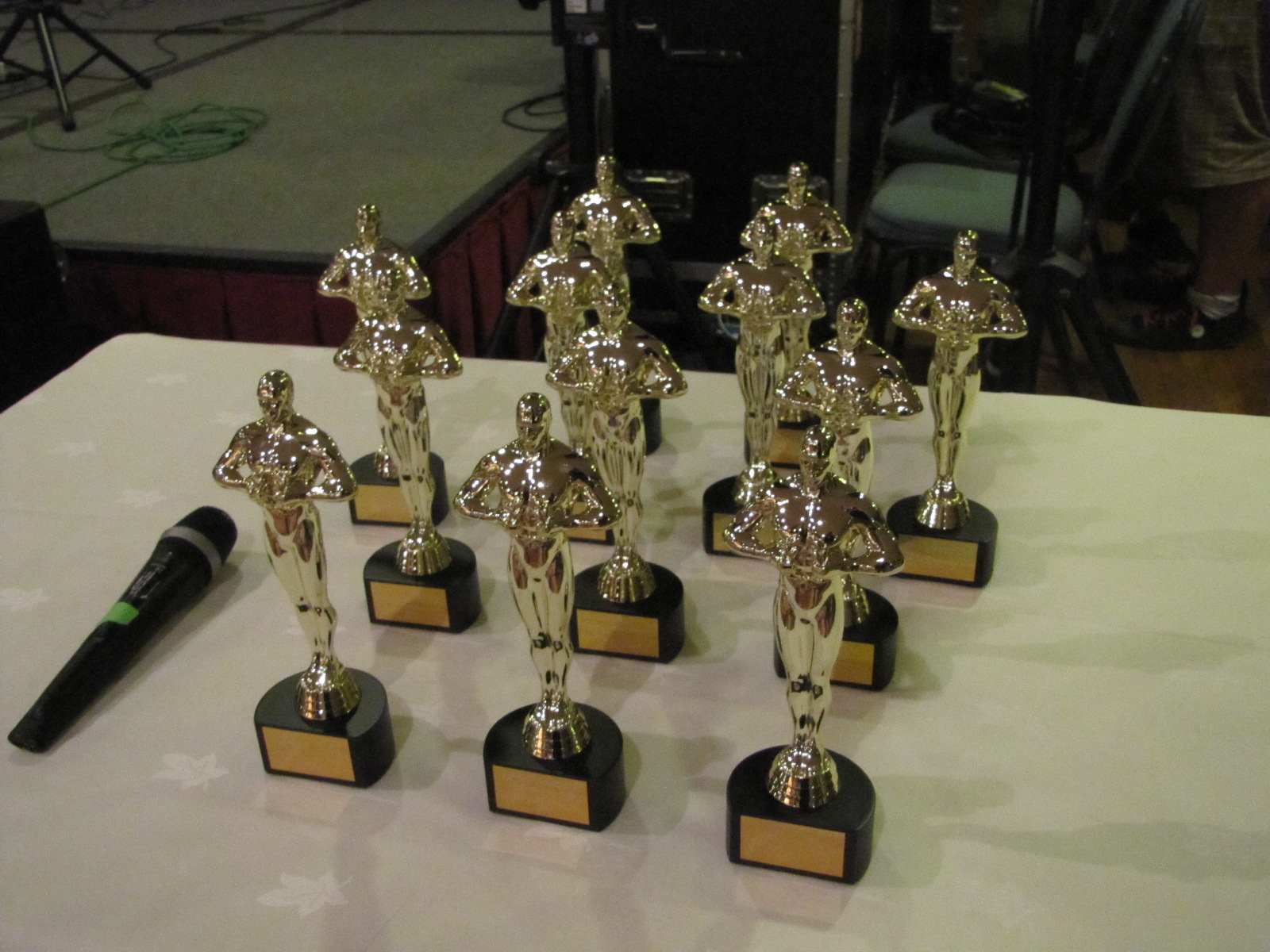 Fun on stage with the band, as usual 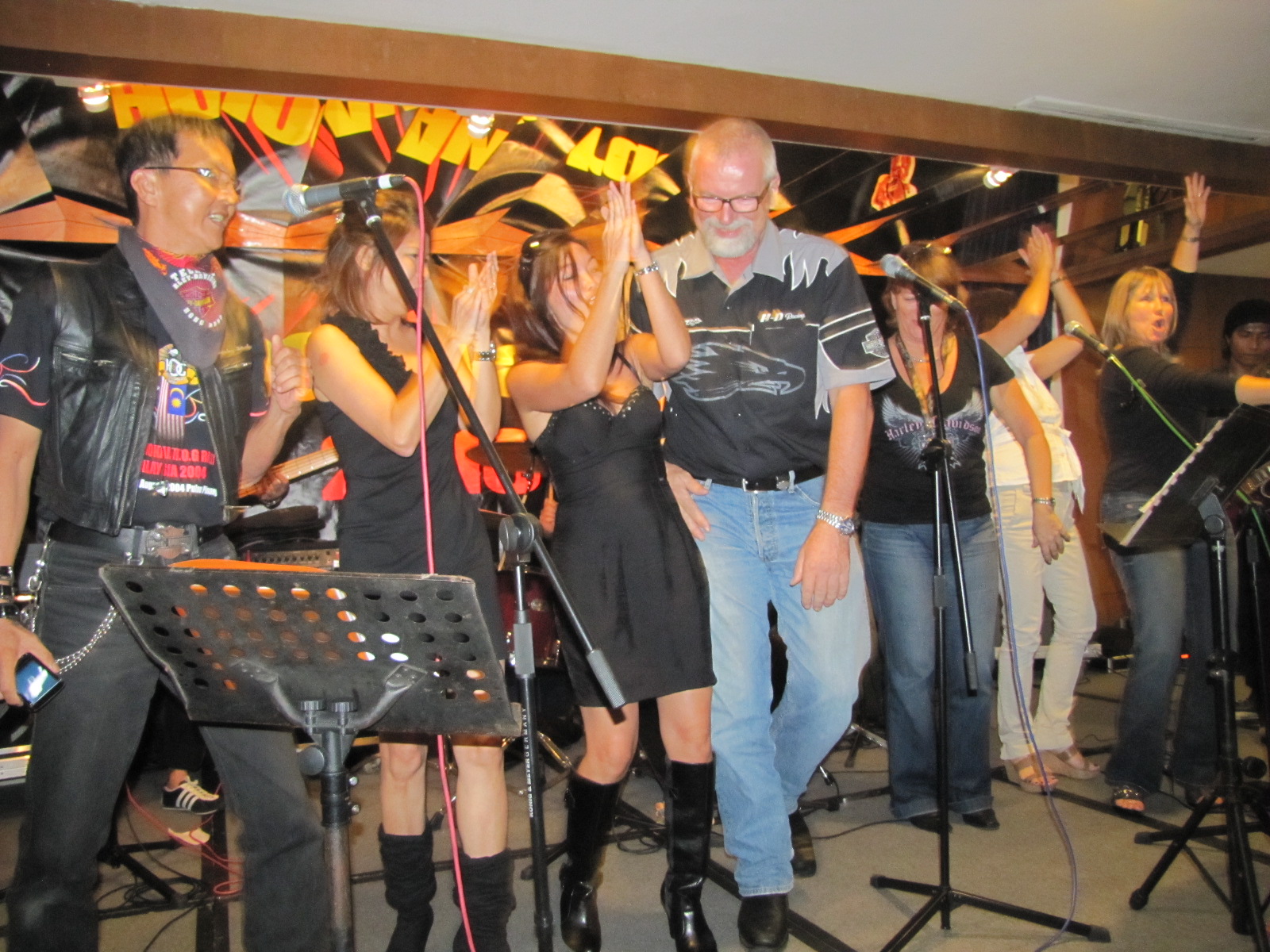 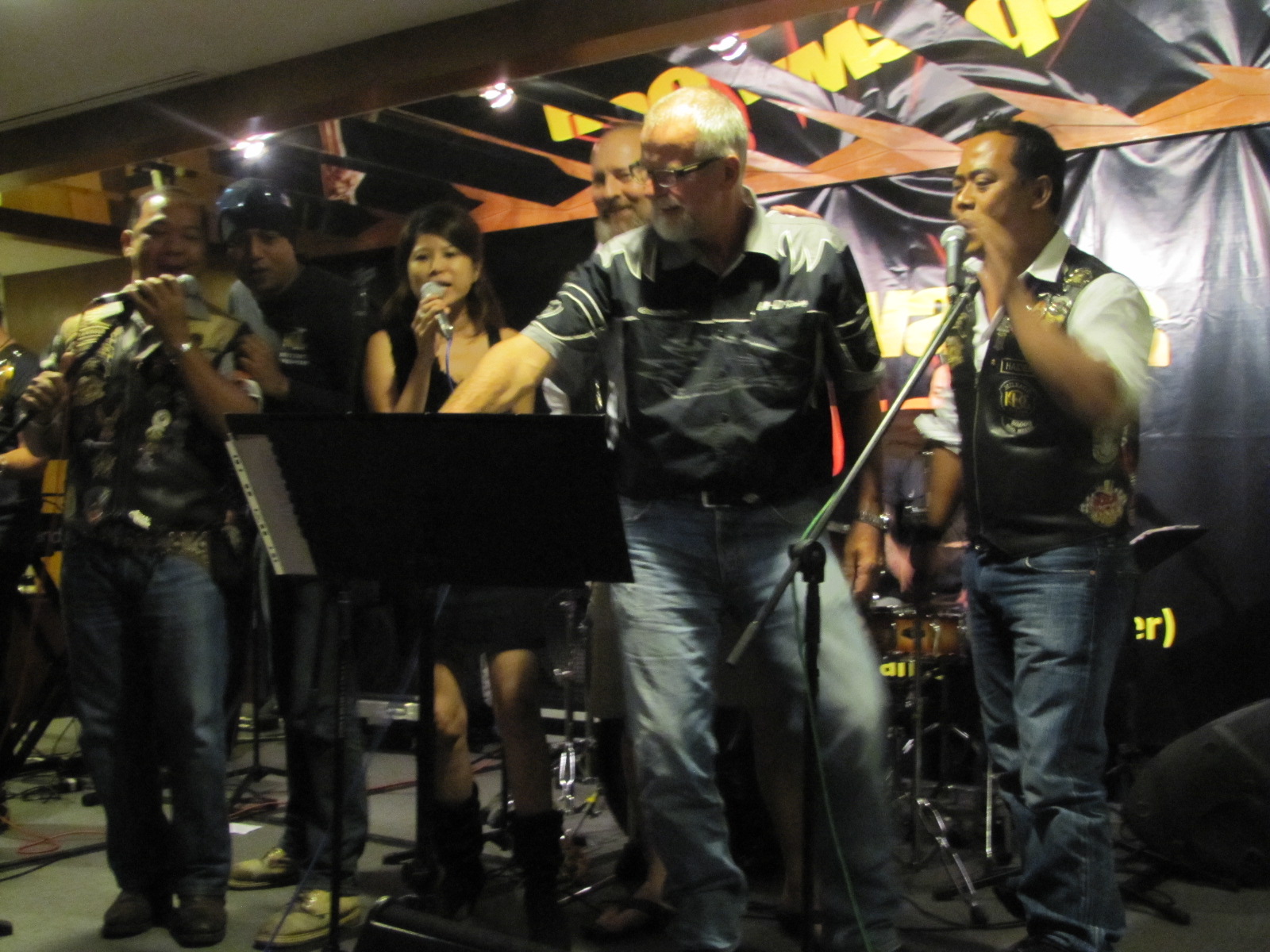 The new chairman of HOG actually has a hidden talent – he can screamo!!

He certainly took everyone by surprise when he sang Enter Sandman – the band’s encore number.