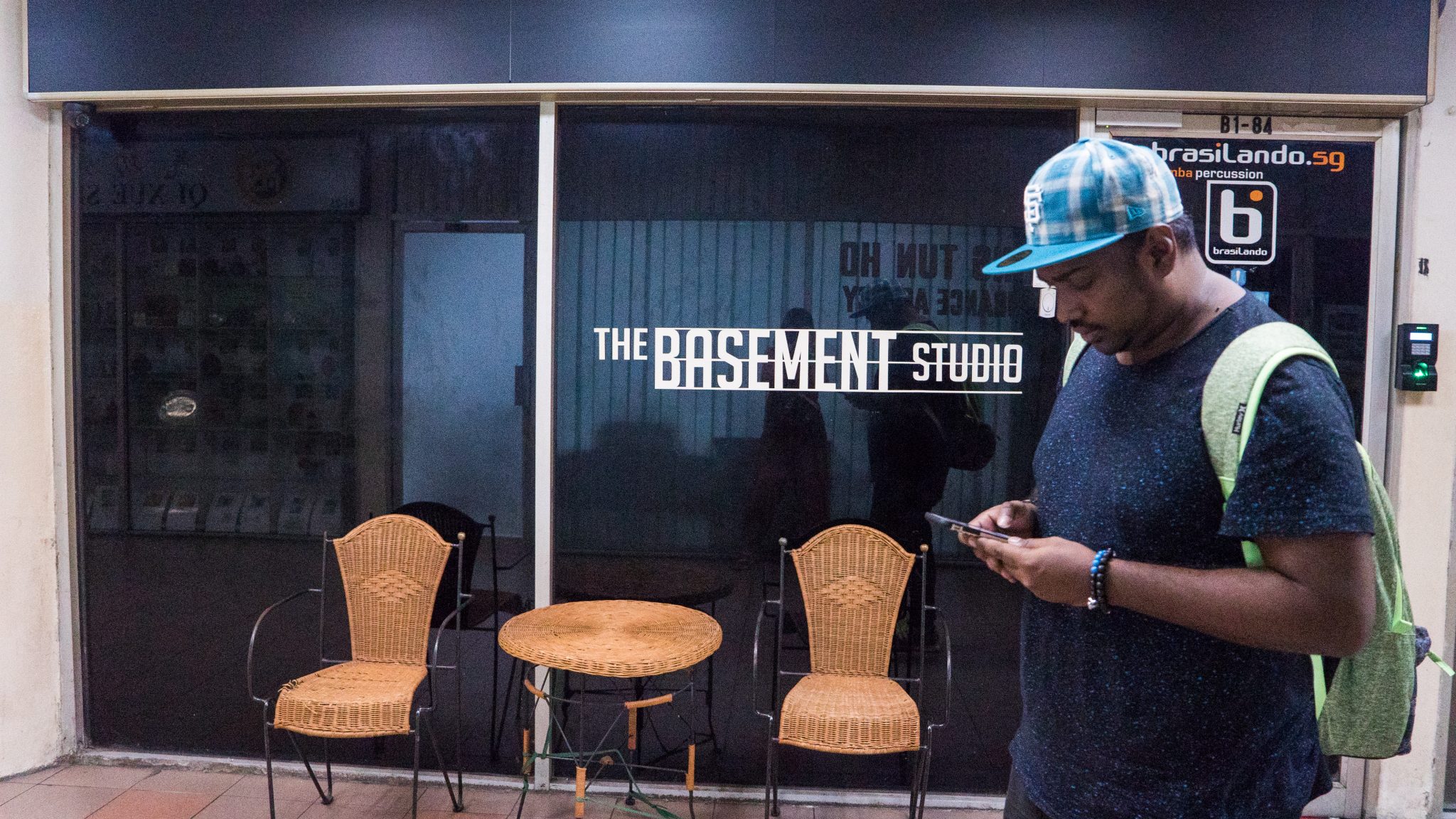 To be honest, it’s been tough year but it’s been getting better lately. I have always believed in this saying “if there’s a will there’s a way”. Sometimes through all hardships, you’d learn something out of it and I’m proud to say I learned a few new things this year. So something good came out of it. That aside, Wicked Aura’s Album Release and Getting Sweatshop Jam a 5-day-a-week residency with Timbre is definitely my high of this year, and I am really grateful for all the opportunities that have been given to me.

If you were on a sinking ship, which band would you save? Wicked Aura or Sweatshop Jam?

I will become a float for both bands ‘cos there’s no way I can choose one or the other. I love them both equally.

Can you describe yourself in 3 lines?

Passion-driven, music lover, love going to the movies but can hardly keep myself awake. Forgiving , a big fan of Low Frequencies, a joker but can be serious at times. I believe in the word “kindness” and paying it forward.

If your bass could speak, what do you think it would say to you?

“You are dellusional but I’m glad you chose me. Not everyone will choose me but you did. You passed your test. Here’s a Fodera bass for you.

Are you ‘all about that bass’?

No! I co-founded “The Basement Studio “ with Ritz Ang (Drummer of Summer State, Gentle Bones). I am also currently writing songs (a strictly drum and bass project) for an E.P that I hope to release by early next year, with my partner-in-crime, Mr Matthias Adams. I also teach Garageband and bass with Timbre Music Academy. And, I started my bracelets business as an escape from my daily routines earlier last year and got overwhelming orders and support for it.

Ah, you’ve got something ‘up your wrists’. How did this idea come about?

Some of my friends knew that I do charm bracelets for fun from time to time. (It takes about approximately 3 hours to make a charm bracelet). My best friend Mang came up to me one day and asked me if I could do a bracelet like “Thomas Sabo”, and I decided to give it a try. Immediately my interest grew and I am always looking forward to crafting new designs.

How serious is this wristy business?

Serious enough. I started taking my designs to Instagram under Frakture.us and I am proud that most of my musician friends in Singapore wears “Frakture” bracelets. Truly I’m honoured.

Will you propose to your future wife with a charm bracelet? What would you put on it?

Haha. That’s an idea. Hmm it’ll be my little secret. My future wife might be reading this… haha…. It won’t be a surprise already.

Yazzit started as a full time professional musician in 2005 with the band By Definition, which was the champions of reality TV show Live the Dream. The win earned them a very own Mediacorp concert and spots at renowned clubs such as Wala wala, Balaclava , M Hotel , Barnone , Momo and Timbre. The bassist has recorded and played for Fendi, Sezairi, Lion City boy, Kalysa , Tengku Adil, Wicked Aura , Sonofa and Enigmatic amongst others. As an important part of Wicked Aura, Yazzit toured in places such as Cannes, Korea , Melbourne, Malaysia and Hongkong. Now also a co-director at The Basement Sudio, he dabbles in mixing and recording. He plays live with Sweatshop Jam as a frontman, which plays at Timbre.