SHE HAS BEEN LURKING IN THE SHADOWS FOR TOO LONG. OF HER SEEMINGLY ACRIMONIOUS FAÇADE AND THE STAGE PERSONAE OF ZSA+CLAIRE, WHICH WAS A MARRIAGE OF PERSONALITIES SO DISPARATELY DIFFERENT. LATELY, SHE HAS BEEN SHAKING THAT MISCONCEPTION ABOUT HER ON STAGE; NOT JUST BY HER SHINY MOVES AND PUMPED UP KICKS, BUT ALSO OFF STAGE, WHEN SHE LEADS US TO INTIMATE MOMENTS WITH HER KITTY CATS.

The dark eyelinered singer-guitarist is not your finely packaged singer you’d pick for, say, a wedding banquet, as she defies all normative ideas for that. Her vocal tone is the antithesis of a sweet voice, and her sleeves are permanently adorned with art. Naturally, she has garnered a cult following of listeners over the years, especially since she never stopped performing. However, one will probably expect that her fans will keep their Zsa-infatuation to themselves.

“Because Zsa doesn’t smile at strangers? She has a low voice?” commented Amanda Tee on why Zsa might appear unapproachable. Even Amanda had a lot of reservations before becoming chummy pals with the heavily tattooed musician, whom she now hangs out with on a regular basis.

“I am more shy than I am friendly,” defended Zsa, “And I smile a lot!” 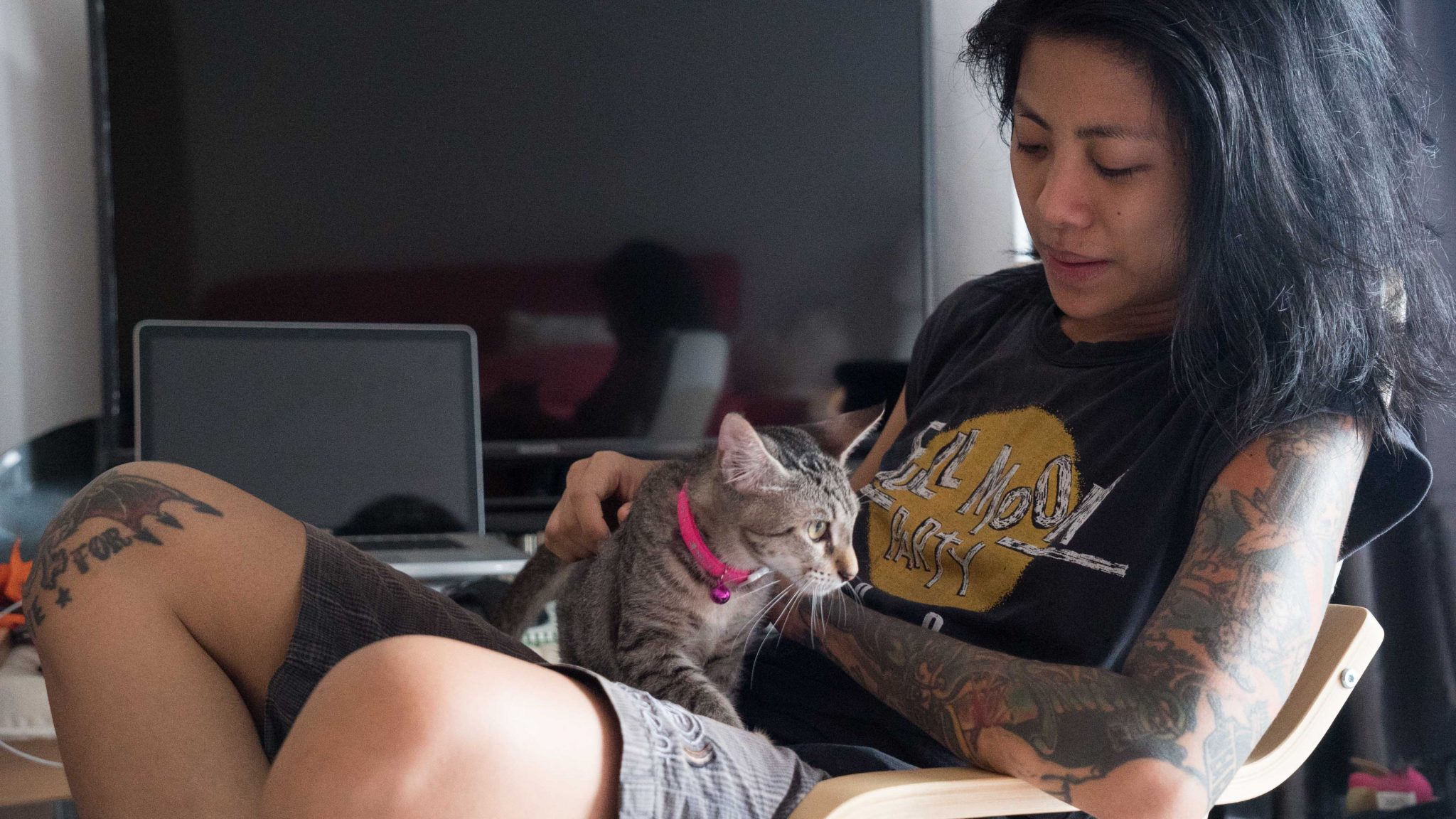 “The people who eventually know me are more surprised at how much I laugh. Monster makes me laugh everyday, because he falls down,” beamed Zsa, at her favourite feline companion.

“Monster is so charming. He is so goofy and he takes himself too seriously,” Zsa said, indulging in her cat obsession. “I’ve always wanted two fluffy cats, like those pure bred ones. I ended up with two longkang cats, but I am so happy!” Persuaded by Nicole, Zsa’s girl, she was told to give Monster a chance at the adoption centre after losing sight of the ragdoll she had her eyes on.

The story of her second, Delilah, is a confession of Zsa’s tender side. Her intention was to get a ginger kitten, but she ended up with the mom, a black calico instead, because she was afraid that no one would want her. Delilah is now a permanent resident cat in Zsa’s pod. “The kittens would be snapped up in minutes, but I was thinking, then how’s the mom gonna be homed?” 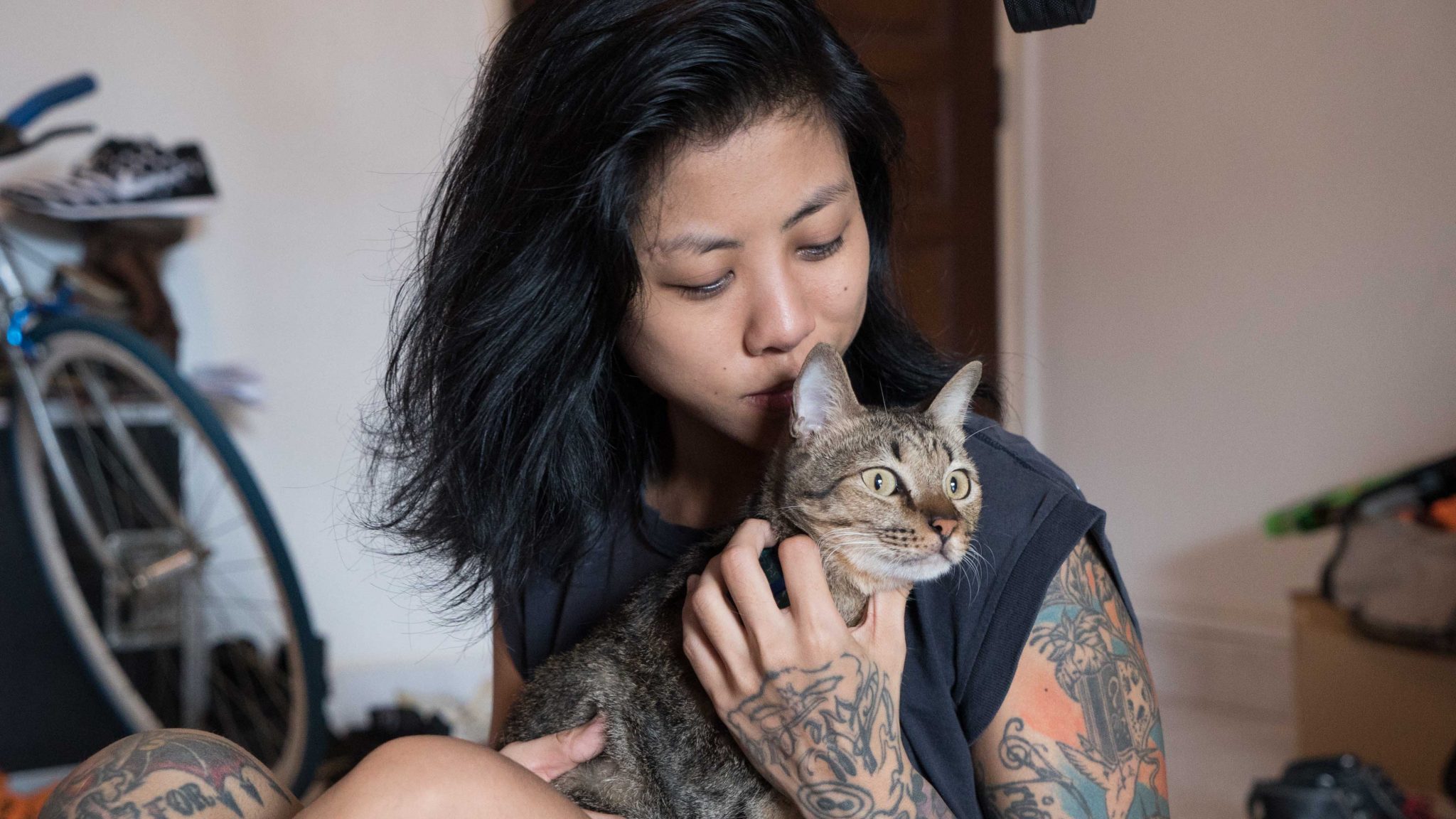 The wanderluster hurries home to her cats when she’s away on holidays, and finds them a solace to return to, after a late gig night. She also spends a signifcant portion of her income on their meals, because Monster is on an expensive prescription diet, and she has to feed the rest the same, so that nobody gets jealous. She is also playing catsitter to Nicole’s cat, Grey, who is on a visitor’s pass. Cat commotion at home makes Zsa a busy, or crazy girl, depending on how you make of her dialogues with the company she calls her furry bosses. 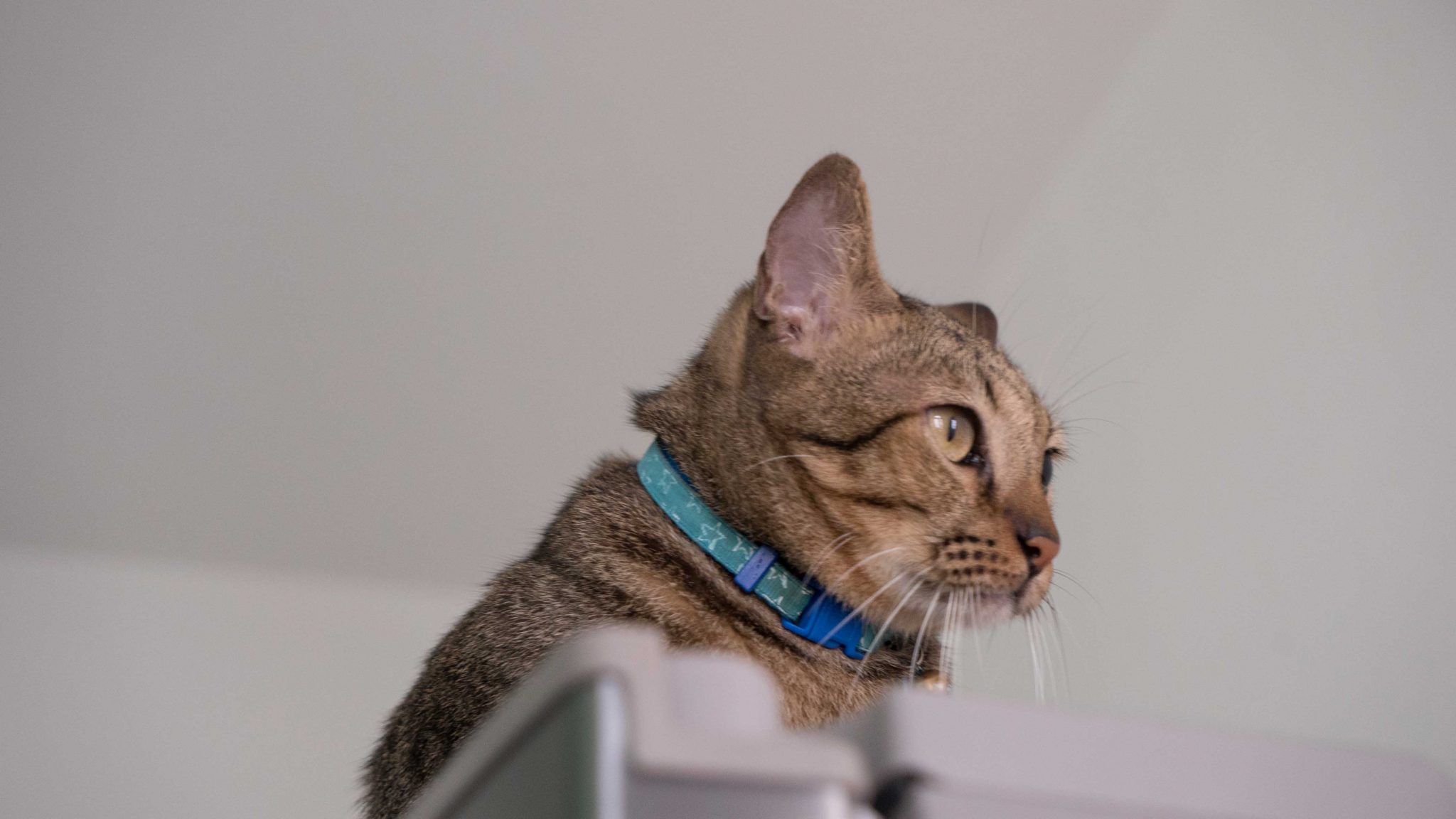 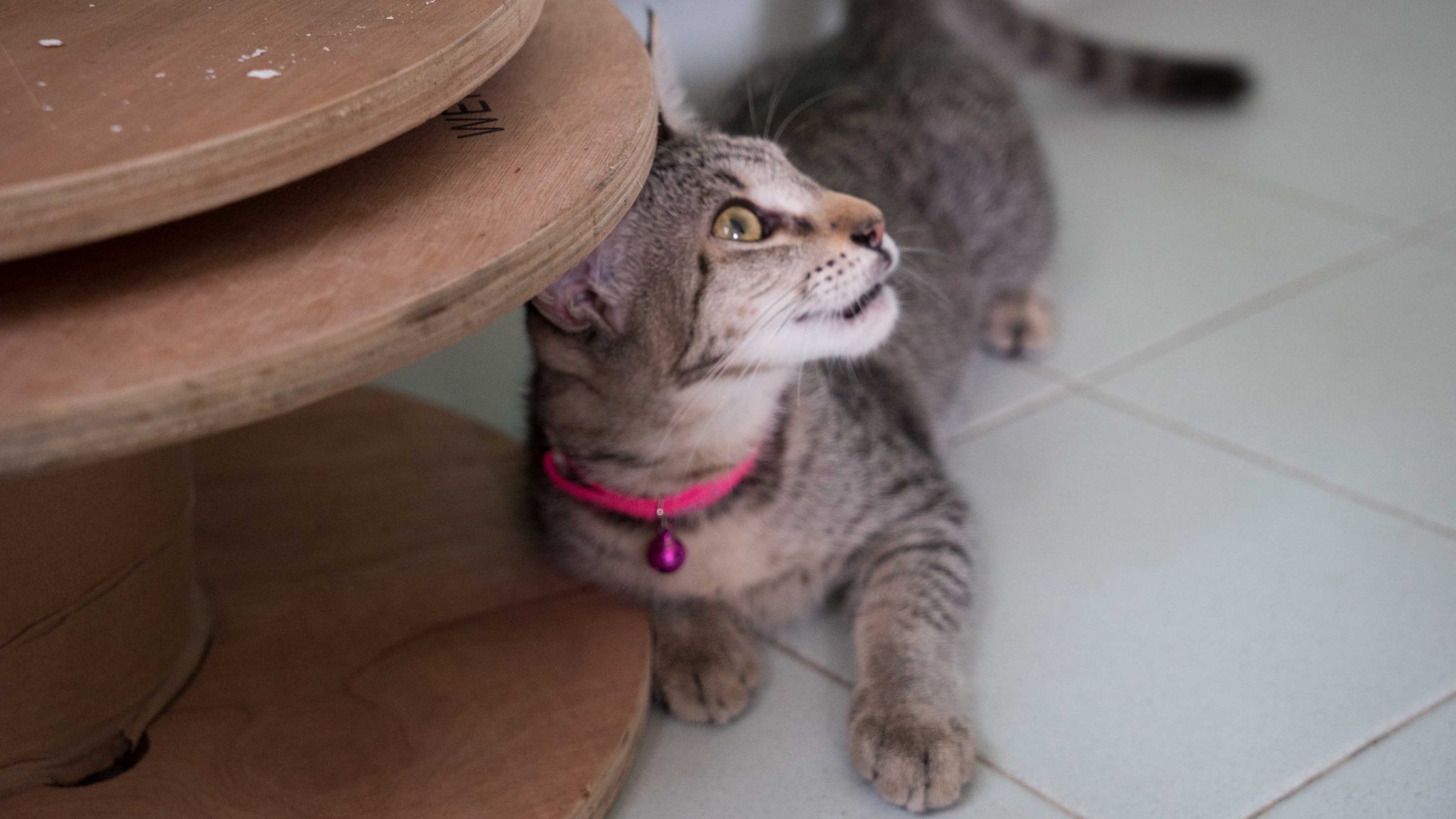 “Now at this age people are all about their babies but I am just putting up cat pictures,” acknowledging her feline destiny. Due to her father’s love for animals, Zsa lived her childhood and formative years with cats and dogs, but eventually found out who the purrfect pets were. Having lost two cats before and a pregnant cat breaking her water bag on Zsa while she was sleeping, you can say she has been through nine lives.

A retirement plan as a cat lady?

“Cant you see I already am one? When I die you will just see cats all over the place and parts of me that are uneaten by them. When you see a bit of tattooed flesh you’d say, oh that’s Zsa.”

Singapore based singer-songwriter Zsa Zsa Scorpion is made up of herself and varying guitars that pass her way. she sounds like a sore throat knew it was never going to recover and taught itself to adapt. she is learning to start conversation, spends a lot of time moonlighting as a cover artist and too little time putting out material. Hopefully that is going to change, having found a new Tee mate in northside musician Amanda Tee. Because being productive is infinitely better than being politely lambasted.